Slow Cooker Lasagna is a very versatile dish. This Meat and Veggie Lasagna has lots of added vegetables and makes this version a meal by itself. Unfortunately, Baker’s Man demands garlic bread with all of his “Italian” dishes, so there was one more thing to do when I got home from work, but I’m not complaining.

There’s nothing traditional about this slow cooker meat and veggie lasagna, but because it’s made in the slow cooker, dinner is ready when you get home. A frozen lasagna will take one and one-half to two hours to bake after you get home depending on if you remembered to thaw it. There’s quite a bit of assembly with this recipe, but you can assemble the Lasagna the night before, and put it in your slow cooker in the morning.

I had some surplus vegetables that needed to be used up on the day that I made this lasagna, so it contains things that aren’t usually added to a traditional lasagna. Nevertheless, my family loved this one, and I managed to sneak in some added vegetables. If you don’t want to see all of the steps and read my tips, click here to be taken to the recipe.

What do you need to prepare this recipe?

From the Root Cellar

How do you make Slow Cooker Meat and Veggie Lasagna?

The first thing you want to do is chop up the onion, garlic, and tomatoes, and start cooking the meat mixture. While the meat is cooking, slice up your zucchini and combine one cup of each of the cheeses, cottage cheese, egg, garlic powder, and Italian seasoning.

Arrange some uncooked lasagna noodles over the sauce, breaking them to make them fit. Try to cover as much of the bottom of the slow cooker insert as possible with the noodles.

The next step is to spread 1/2 of the cheese mixture on top of the noodles. Pushing the mixture until an even layer tops the noodles.

Now it’s time to add the meat sauce. You want to only add 1/3 of the meat sauce on each layer, so don’t use too much now, our you’ll run out.

Now it’s time to add your sliced zucchini. Arrange them in a single layer on top of the meat mixture. (I sprinkled mine with Italian seasoning because I forgot to add it in the beginning. I forget ingredients more times that I would like to admit. I’m definitely not perfect.)

Then, you do it all over again. Another layer of lasagna noodles goes on top of the zucchini.

Three noodles covered it, but I realized I would have three noodles left in the box, and I didn’t want them taking up space on my shelf, so I added two more to this layer. I was also concerned that the zucchini might release so much liquid in the cooking process that the lasagna wouldn’t hold it’s shape, so the extra noodles were also sort of an insurance policy.

Time for another layer of cheese. Go ahead use all of the remaining cheese and cottage cheese mixture.

Now you want to put half of the remaining meat mixture on top of the cheese stuff. Don’t use it all because you’re going to need some of the sauce to put on top of the last layer of noodles.

It’s time for another layer of sliced zucchini (sorry, no photo), and another layer of noodles. (This time, I used 4 noodles and finished off the box. I really don’t like having open boxes of lasagna noodles in my pantry. Are you like that, too or am I just weird? Leave a comment and let me know.)

Finally, the rest of the meat sauce is spread over the top of the noodles, and the whole thing is topped with the rest of the shredded Mozzarella and grated Parmesan cheese.

Because I forgot the to add the Italian seasoning earlier, and also because it looked pretty, I sprinkled some on top. This step isn’t necessary, but I thought it looked better. (Not that you can tell from my lousy photos.)

Our work here is done. Put the lid on the slow cooker, turn it to low, and come back 8 hours later. I have allowed this to cook for as long as 10 hours because I commute to work, and it turned out fine.

When you get home, you should have something that looks like this sitting in your slow cooker.

Turn off the slow cooker, and allow it to rest for 10 to 15 minutes while you make some garlic bread or a salad, and serve. This tastes amazing. My only complaint is that because it’s so thick, the lasagna won’t stay upright on a plate. Perhaps if I had that casserole crockpot, it wouldn’t be a problem. Maybe I’ll get lucky and Santa Clause will bring me one this year.

Have you ever made a slow cooker lasagna? What’s your favorite thing to make in the slow cooker? Let us know by leaving a comment below.

This recipe for slow cooker Lasagna doesn't require you to boil the noodles. Simply assemble everything in your slow cooker insert, turn it to low, and in 8 hours, you'll have a delicious lasagna that's loaded with veggies. This recipe works best when prepared in an oblong slow cooker. The total cost of this recipe is $11.77 or about $0.98 per serving.
Print Recipe
Prep Time 20 mins
Cook Time 8 hrs
Resting Time 15 mins
Course Main Course
Cuisine Italian
Servings 12
Calories 420 kcal

The nutrition information below is calculated based upon a single serving (one-twelfth) of the Slow Cooker Meat and Veggie Lasagna prepared according to the recipe above. 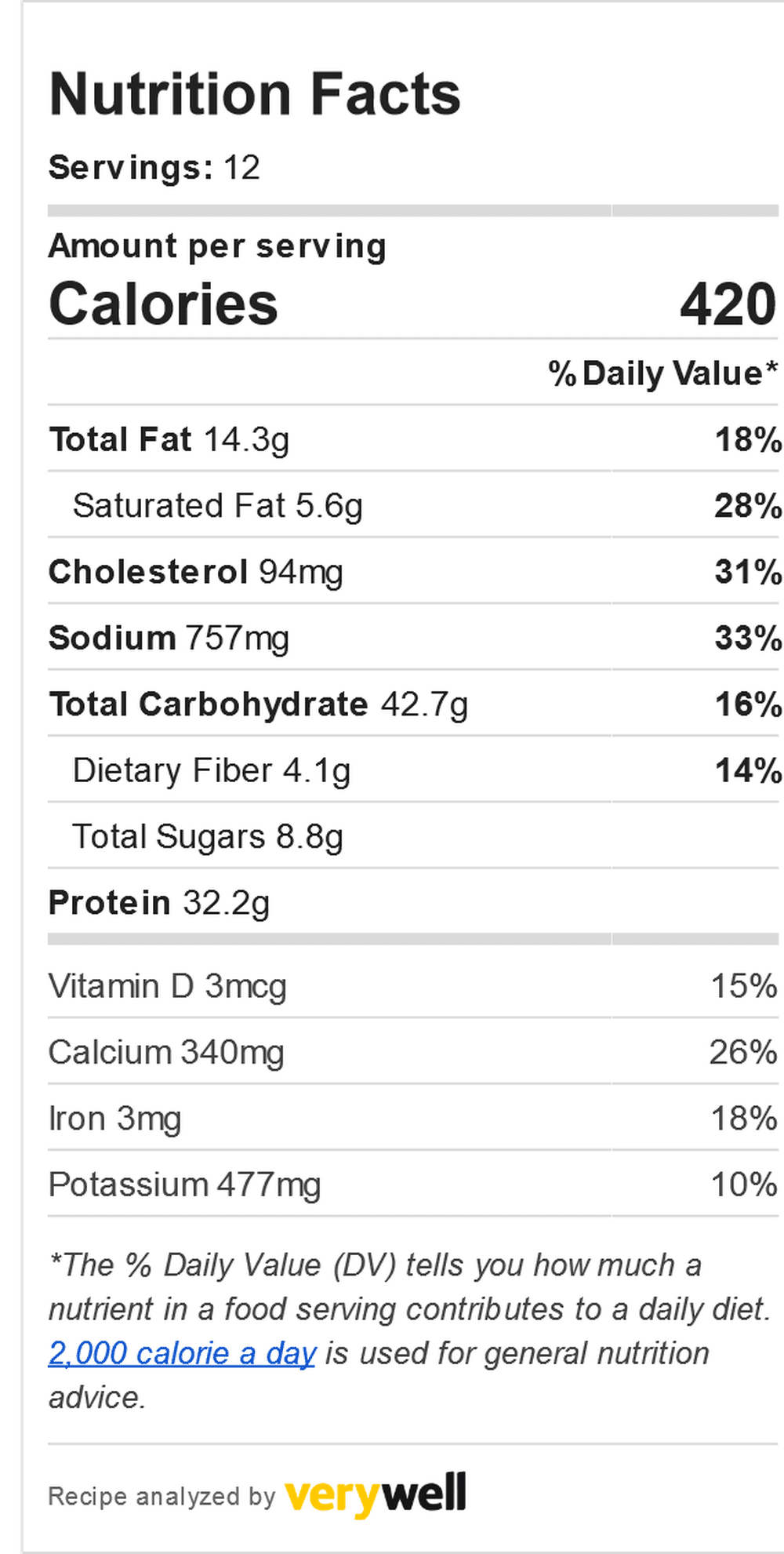